It's part of my job to think about China, companies that do business in China and Chinese-based companies, in investment decisions. But, on a more personal note, I also always wanted to travel there. When an opportunity came up to visit a former colleague who moved home to Beijing, I thought, why not?

So, just back from a three-week vacation, here are five market insights about China, picked up while I was off the clock:

Judging from three weeks walking around 11 cities in 8 different provinces, including Beijing, Chengdu, Chongqing, Shanghai and Xi'an is hardly scientific, but even if China is in a economic slump, it sure was hard to see. Streets were packed, people were out and about having fun, shops and restaurants were busy, and traffic was non-stop.

It gave me fresh appreciation for the immense scale of China's large and growing middle class that will continue to generate a steady source of economic activity. And it was, at least visually, consistent with recent forecasts that China is set to overtake the U.S. as the world's largest retail market.

Even as its economy slows, China continues to drive growth of as much as a third of the global economy.

2. There's positively a Chinese app for that

The importance of mobile devices in Chinese daily life is profound. When I landed in Beijing, my local friend and host handed me a phone loaded with apps I was told were essential.

There was the ubiquitous WeChat (or “way-seen" as known there) for messaging and, more importantly, mobile payments. Even the smallest street vendors accept mobile payments, rather than credit cards. For Uber-like ride sharing, it was Didi. For maps, I relied on Gaode ditu (I could access Google using my Canadian-SIM phone, but it didn't work as well as at home). Finally, Dianping is like Yelp, Google reviews, and IMDB rolled into one, and most helpful for finding good places to eat.

On the retail scene, foreign brands from the U.S. and Europe, as well as Japan and Korea, dominate urban centres. There were even some familiar names from Canada, such as Lululemon, Canada Goose and Herschel Supply. In Shanghai, I visited one of the world's largest (and fanciest) Starbucks outlet. It was very busy, and as much a tourist attraction as a coffee shop.

These observations were a good reminder of the huge significance of the Chinese market for the success of many global companies.

4. But, next-gen China brands are on the rise

I'm now also far more attuned to look out for the next names to go global from China. Conditions look good for continued growth in domestic brands, as its young entrepreneurs (some of whom likely studied at top schools and worked for those foreign brands) start their own businesses and alter perceptions of Made in China.

We all know tech names like Lenovo and Huawei in the West. Chains like Miniso stores and Liuyishou Hot Pot restaurants have tested waters in North America. Shenzhen-based BYD, the world's largest electric vehicle maker (long on our radar as an MD Fund holding), now produces electric buses in California. Its Chinese-made electric car, the BYD E6, is being marketed to North American ride-share fleets (plans for a BYD truck plant in Ontario were recently curbed).

Oh, and, as for the label on your latte, China's fast-growing chain Luckin Coffee just filed to go public on New York's Nasdaq exchange, to challenge Starbucks on home turf.

5. Speaking of electric cars... they're everywhere

The beautiful city of Hangzhou, in eastern coastal Zhejiang province, draws tourists to see its serene West Lake, Longjing tea plantations and ancient canals. Also striking, to my eyes, was the sheer number of Teslas and other electric vehicles and buses on its roads.

As headquarters to Alibaba, the city has become a large tech hub. It also has a growing renewable energy sector, as the world's largest carbon-emitting country steps up efforts to control pollution from coal-fired power plants, industries, transportation and more.

You can't just judge a country by its economic reports

I know I barely scratched the surface of a culturally, politically and economically complex country. And I predominately visited large and prosperous cities.

Yet I came home with an overall impression that everyday life in urban China is far more similar than different—and we all love our Wi-Fi. One day as I gawked at scenery on a tour boat, I turned to see a local guy posting a selfie, a little girl playing games on her mom's phone, and a bookish fellow checking stock quotes. Hmm. That could pretty much be my family and me, back home.

Of course these are only personal impressions. I wasn't there on business, so I didn't knock on any company doors or interview local experts­—the kind of bottom-up research that solidifies MD's investment analysis.

Yet everyday observations, anywhere in the world, can (and do) spark ideas, unearth trends or highlight companies worth a closer look, from an investment point of view. 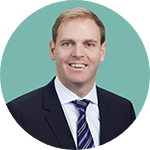 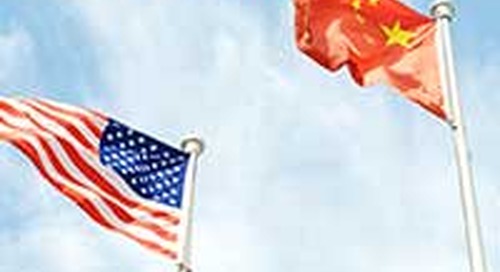 Investors need to look past the Tweets about the U.S.–China trade rift: What’s more important is actual tra... 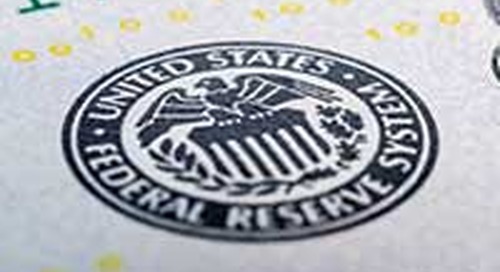