China's stunning transformation from a relatively closed society into the second largest economy in the world has been one of the major economic stories of the past two decades. All told, China's share of global GDP has increased by roughly 12% over the last 20 years and the country now contributes about 27% of global growth today.

While China isn't at risk of losing its leading position among global economies, Chinese growth is slowing down—after years of double-digit expansion, China announced that in 2018 its economy grew at the slowest pace since 1990, at "just" 6.4%.

So why is Chinese growth slowing? Is this a bad thing? How will this impact the global economy? How will it impact your investments? Let's break it down.

The main contributor of the slowdown has been the Chinese government's attempt to curb corporate leverage to mitigate risks to the overall financial system.

Adding to the engineered slowdown are the U.S. tariffs imposed by President Trump that came into effect last year which affected hundreds of billions of dollars in Chinese exports.

As such, the campaign against deleveraging has been put on hold and China has made numerous moves to nudge the country towards growth, changing monetary, fiscal and regulatory policies. We’ve seen reduced lending rates, increased tax rebates for exporters, new private company funding, lower electricity costs in manufacturing, lower taxes, easing of stock buy-back rules and reduced debt issuance costs for local governments to name a few.

January 2019 also saw further cuts in bank reserve requirements in an effort to promote lending as well as the approval of US$125 billion in rail projects designed to spark further growth.

When China sneezes, so does the world

Given the size and influence of the Chinese economy, the rest of the world is not immune to its growing pains. While that country's share of world exports has fallen slightly since it's 2015 peak, it still accounted for roughly 13% at end of 2017 compared to only 4% in 2000. Moreover, 5 to 10% of revenues generated by companies listed on major stock indices in the U.S., U.K., Germany, Australia and Japan comes from China.

Not surprisingly, China's challenges have meant that measures of business confidence and surveys of economic growth expectations declined across major economies last year. At the same time, policymakers, business leaders and investors are closely watching for signs of improvement in China's economic outlook. On that front, we see some positive developments.

China's growth appears to be picking up in response to the government's proactive actions to boost lending and relax its policy around deleveraging. After several months of underperforming the broader market, U.S. companies with large revenue exposure to China (Intel Corp., Broadcom Inc., Texas Instruments Inc. for example) are performing better, a sign of sentiment improving.

We expect stabilization despite uncertainty

Whether or not China and the U.S. can swiftly reach a trade deal remains uncertain—and mixed messages abound. Trump has said he might be willing to remove the 2018 tariffs, but he's also threatened to increase them. And while there are strong incentives for both sides of the Pacific to get a deal done—including a pending U.S. election—there is no certainty on when or if this will actually happen.

With that being said, there are plenty of reasons to be optimistic in 2019. Global growth is slowing, but it's still positive. Corporate earnings growth around the world remains solid (with the exception of Germany) and monetary policy remains easy with inflation at or below central bank targets putting further rate hikes on hold this year. At the same time, we still see a low probability of recession in 2019, but trade remains a source of uncertainty for the Chinese economy and the rest of us, despite expectations of stabilization.

We prefer developed markets at this time

China is an important aspect of the global economy that we will continue to analyze closely. With China's growing global influence, considerations must be made when constructing funds and portfolios.

For more information about China's economy and its impact on your investments, please do not hesitate to contact your MD Advisor. 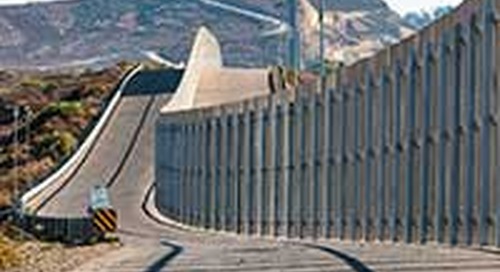 Shut down the border! What a U.S.-Mexico border closure could mean

Donald Trump is threatening to close the U.S.-Mexico border if Mexico doesn't do something about migrants t... 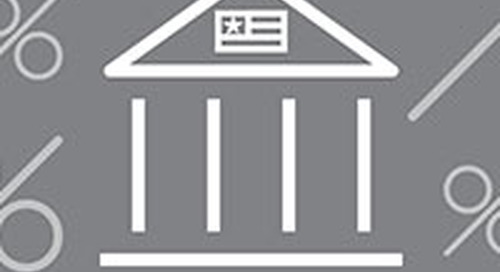 As expected, the U.S. Federal Reserve did not raise interest rates this week and have indicated that they w...