I Love the Sport, But Won’t Risk a Mulligan

I don’t call myself a golfer, although I do play a few times a year: I enjoy the time outdoors; like to walk rather than drive a cart; and appreciate the good company.

I also love that you don’t have to play to excel as an armchair golfer, watching superstars like Jordan Spieth and up-and-comers like 19-year-old Canadian LPGA sensation Brooke Henderson breathe new life into what’s been seen as a stagnant sport.

The business of golf: looking for lucre in those links

Given the time and dollars golfers invest in the sport, it’s fair to wonder where the money is to be made.

Canada is among golf’s super powers. In terms of equipment and apparel sales, the Top 5 golf markets are the United States, followed by Japan, South Korea, the United Kingdom and Canada, according to Golf Datatech.

The R&A (the Scottish group that governs the rules) recently ranked Canada third worldwide in the total number of facilities, behind the U.S. and Japan. Our nation had 2,126 public courses and 220 private clubs, at last count.

The golf industry accounts for an estimated $14.3 billion of Canada’s Gross Domestic Product, according to a 2014 economic analysis conducted for the National Allied Golf Associations (NAGA). That includes about $5 billion spent on memberships and green fees, more than $4 billion on equipment and apparel, and $533 million on charitable donations at events, according to NAGA estimates. The Canadian golf industry employs more than 300,000 people, directly and indirectly, it says.

From peak Tiger, to homes on Glen Abbey: boom and bust on the links

Golfing took off in the mid-1990s, when 20-year-old Tiger Woods could do no wrong and golf was a real estate play as much as a sports story. More than 310 courses opened in Canada that decade, according to Golf Canada.

Today, the hype has subsided, the Tiger is diminished, and the gallery has settled to a hush.

In a sign of the times, Canada’s largest owner and operator of golf clubs, TWC Enterprises (formerly known as ClubLink Enterprises), has been getting press for its bid to close the famed Glen Abbey Golf Club, home of the Canadian Open, with a redevelopment plan to build 3,222 suburban homes. Perhaps they could build a parkette to mark the spot of Woods’ astonishing, 213-yard, 6 iron shot from the bunker of the 18th hole to win the tournament here in 2000.

Golf touches many industries, from environmental technologies, to broadcasting, to travel and tourism. As a direct investment, however, our exposure to golf is limited in a universe of few suitable quality stocks.

Current international holdings include small positions in companies that make or sell sports equipment including Adidas, held in MDPIM International Equity Pool, and Nike Inc., in MDPIM US Equity Pool.

However, both companies have retreated from the golf equipment businesses, citing declining participation, flat or declining revenue, and a desire to focus on core offerings. Adidas is selling its TaylorMade brand to a private equity firm, while Nike is transitioning out of the equipment line that got its lift after signing Woods in 1996.

Nike and Adidas will stop making and selling bags, balls and clubs, but we note they will still produce golf shoes and apparel—a market challenged by rival Under Armour, that carries the endorsement of the 24-year-old Spieth.

Invest in what long weekends are made for

It may not be the “it” sport, but golf will endure: Golf Canada says 5.7 million Canadians play more than 60 million rounds each year.

My take: If you’re into golf, the best way to invest is in lessons, time to practice, and a set of your favourite clubs—way better than today’s golf stocks.

You could always drop the ball to take that second shot this weekend, but remember there are no mulligans in investing. 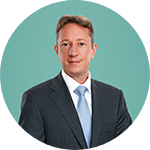 Getting Fit for “Lean” Oil: Companies Shape Up, With Cheaper as the New Normal

One sector looking a bit skinny on stock markets right now is energy: many companies have been incurring lo... Why, Even in a Jet Age, We Still Ride the Rails

As I recently reclined aboard VIA Rail train #656 on my way home from Montreal to Ottawa, I couldn’t help b...