Sticking with the U.S.

As the current U.S. economic cycle approaches the longest in history, the question I get asked the most is: Will U.S. equities continue to deliver in 2019? The S&P 500 has outperformed all other major indices since the bottom of the global financial crisis, and naturally, many expect the divergence between U.S. and international markets to begin to revert—I’m not one of them.

I remain overweight U.S. stocks in the portfolios my team and I manage. Additionally, I prefer defensive sectors to cyclical given the current landscape. Let me explain why.

Most importantly, U.S. economic growth remains very stable. Yes, the tailwinds from early 2018 fiscal stimulus will fade in 2019, leading to a slowdown in growth. However, the recent dovish turn by the U.S. Federal Reserve will help cushion the anticipated slowdown as rates across the curve are generally lower now than they were this time last year. And easing financial conditions are supportive for stocks.

At the same time, the U.S. remains less exposed to the risks in Europe and China. In Europe, political uncertainty once again is having a negative effect on business confidence and economic expectations. Brexit continues to drag on, protests in France are disrupting the domestic economy, and although we have seen some improvement in the political situation in Italy, the economy is struggling.

Trade is dominating headlines with respect to China, but these are only amplifying Chinese growth concerns as its policy makers have been slowing the domestic economy through targeted deleveraging for some time now. Improving sentiment towards trade negotiations is welcome, but it by no means indicates that the growth trend is going to rebound quickly.

The last key point I would emphasize is corporate earnings. U.S. companies have delivered strong earnings since the financial crisis and investors worry whether robust profit margins can be sustained, especially after buoyant earnings last year. Slowing global growth is a risk to top line revenue growth and earnings growth is likely to slow considerably this year before picking up later in the second half of 2019 and into 2020. Despite the downside risks, modest wage growth and the stabilization of interest rates will support further growth ahead as the economy continues to expand.

That said, we are later in the cycle as evidenced by higher short-term rates due to the Fed hiking cycle, the uptick in inflation, and a flatter yield curve. Until we see a meaningful upturn in the global business cycle, I think being overweight defensive sectors in the U.S. such as health care, consumer staples and utilities over more cyclically geared sectors should yield better results. You could use sector ETFs that are highly liquid and relatively inexpensive to adjust your portfolio. For example, XLV (health care), XLP (consumer staples) and XLU (utilities).

Overall, the current bout of U.S. economic expansion is on track to become the longest in history, surpassing the 10-year expansion in the 1990s. What this expansion has in common with that period is that the Fed pumped the brakes on its hiking cycle at least once, cutting rates in 1995 and preventing the economy from falling into recession. Similarly, we’ve seen rate hike pauses in 2015 and 2016 due to Chinese growth concerns, and now with the Fed helping to counteract growth risks in the global economy. It’s also important to recognize what is different from the 1990s – a good portion of this cycle was spent recovering from the economic losses experienced during the deepest recession since the Great Depression.

Given the current environment, there is a very low probability of recession over the next 12 months and financial conditions are supportive of this particular cycle being extended even further. All things considered, this gives the U.S. equity market a leg up as it remains well positioned to deliver again in 2019. 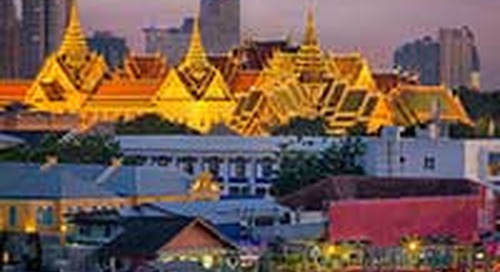 What do emerging markets and medical students have in common? They may need a loan 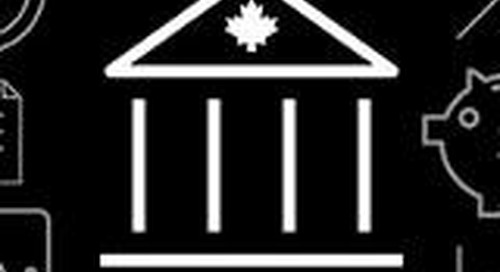 The Bank of Canada (BoC) announced it is maintaining the country's target overnight rate at 1.75% on Wednes...