When I was a kid playing video games for hours on end, I tried convincing my (disapproving) parents that it was good for brain development. After all, the games require problem solving skills, logic, strategic planning, hand-eye coordination, spatial skills, and the ability to multi-task.

They didn’t buy it then, and they don’t buy it now.

These days though, I’m spending as much time watching people play video games as I spend playing them myself. Believe it or not, watching professional gamers compete in worldwide championships has become a huge spectator event.

At the 2016 League of Legends World Championships, for instance, 43 million unique viewers tuned in to watch teams compete for a total prize pool of US$6.7 million. Nearly 20,000 fans attended the final live event at the Staples Center in Los Angeles.1

According to Newzoo, a leading authority on eSports, industry revenues reached almost $500 million in 2016, with nearly 300 million viewers. By 2019, Newzoo predicts eSports revenues could grow to $1.1 billion.2

Simply put, there’s big money involved in eSports and we’re only seeing the start of it. Two questions come to mind: who is making the money and how can individual investors profit from it?

There are a variety of companies who sponsor players, teams, and tournaments in order to increase their brand awareness with the gamer demographic. Similar to deals signed by professional athletes with athletic brands, gaming hardware manufacturers such as Samsung, SteelSeries, and Nvidia sponsor the highest performing teams and players.

Tournament organizers (in partnership with the game developers) also make money by creating online and in-person tournaments with prize pools for competitors. The prize pools are funded through sponsorship deals with companies and game developers. The tournament organizers will profit through revenue from streaming deals with YouTube or Twitch (a dedicated live video platform and community for gamers) and by selling tickets to the main event finals.

The amount of money flowing into eSports has caught the attention of high-profile private investors, including Marc Cuban, Ted Leonsis, Shaquille O’Neal, and Magic Johnson, who have either purchased or funded teams.

Investing in the key players

Though MD doesn’t invest in eSports directly, we do have holdings in companies that are part of the process, mostly through our U.S. equity mandates. They include:

Activision Blizzard is an American company that develops and distributes some of the biggest and most popular names in competitive gaming, including Call of Duty®, World of Warcraft®, StarCraft®, Hearthstone®, and Overwatch™. In 2015, it generated $4.7 billion in revenues and had a net income of $892 million. It is currently owned in the MDPIM U.S. Equity Pool and the MD American Growth Fund, with portfolio weightings of 0.60% and 1.26%, respectively.

Amazon.com, another holding in our portfolio, is proving itself to be a lot more than just a successful online retailer. In 2014, Amazon acquired Twitch for US$970 million. Twitch allows players to livestream their video game play and it broadcasts eSports competitions and gaming-related talk shows. Currently, Amazon.com makes up 2.19% of the MDPIM U.S. Equity Pool and 4.61% of the MD American Growth Fund.

Alphabet (Google’s parent company) owns YouTube, which partners with content creators to monetize their work. Historically, it has focused on providing an on-demand experience, but YouTube recently developed their livestreaming capabilities with the intention of increasing their market share in the competitive gaming space. Alphabet is owned in both the MDPIM U.S. Equity Pool and the MD American Growth Fund, with portfolio weightings of 2.19% and 4.61% respectively.

As part of our approach to building portfolios, we are always looking for companies who are ahead of the curve. We also work with investment managers who have the ability to identify innovative companies so that our clients can benefit over the long term.

Whether you’re a gaming enthusiast or have never heard of eSports, this is one area that I believe is primed for incredible growth.  And who knows? Maybe I will go pro someday. 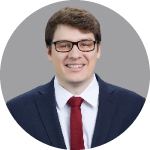 David Larocque is an Investment Analyst with the Multi-Asset Management team at MD Financial Management.

Last fall, I was in New York for an investment conference hosted by the Center for Financial Stability.  Sp...

By Ian Taylor, CFAPortfolio Manager At various gatherings this past holiday season, I loved answering one q...