With no recession in sight and global growth turning around, investors should prepare for a yield curve steepening as long-term yields climb. It might soon be time to reduce exposure to long-term bonds and favour the short term instead.

Global manufacturing purchasing managers indices (PMIs) have been declining considerably since reaching a peak in December 2018, owing to trade tensions and geopolitical events such as Brexit.

Expectations could continue to weigh on the U.S. 10-year yield, as our models suggest it could go further down from its current level of 1.68% before going back up.

But global economic data suggest the worst is almost over and economies in the U.S. and Canada are nearing a turnaround.

The services sector remains expansionary globally, including in the U.S., showing a resilient consumer and signaling economic strength. This gives us confidence that we’re not headed for a broad-based economic downturn.

In the manufacturing sector, we continue to monitor PMIs, especially new export orders, for signs of a pickup in the cycle.

Sooner rather than later, expectations will catch up to the reality of improving global growth prospects, to which the 10-year yield is highly correlated.

In fact, growth expectations have been much lower than warranted, as the sharp recovery in the Citi Global Economic Surprise index over the last six weeks indicates.

We expect the turnaround in actual growth and expectations to put upward pressure on U.S. long-term yields by year end.

We expect the Canadian economy to return to trend growth for several reasons.

Structurally, Canada has a smaller manufacturing sector than most developed countries, reducing headwind from trade tensions.

Canada also benefits from a favourable outlook for consumer spending, as the unemployment rate, currently at 5.7%, remains close to its record low, contributing to a positive consumer confidence.

Other indicators pointing to solid domestic growth in Canada include positive earnings momentum over the last nine months.

On the external front, the Canadian dollar’s weakness over the past year has helped exports, while geopolitical tensions are adding upside risk to oil prices.

While we are following developments related to the Canadian federal election, the outcome won’t impact our outlook as we don’t foresee any candidate implementing policies that would materially affect the country’s growth or inflation prospects.

CENTRAL BANKS WILL KEEP A LID ON SHORT-TERM RATES

At the front end of the curve, easy monetary policy will keep interest rates low.

With little risk of inflation exceeding target, central banks are easing to counter the dampening effect of trade tensions on growth.

The Federal Reserve and the European Central Bank have already acted and communicated a willingness to support economic growth further if needed, which should contribute to soothe markets’ concerns about global economic activity.

The Fed cut its policy rate by 25 basis points to a range of 1.75% to 2% in September to sustain the U.S. economic expansion and could lower rates one more time by the end of this year.

Unlike the Fed, the Bank of Canada left its key policy rate unchanged in September. Its target rate should remain at 1.75% through the end of this year, where it has been since October 2018. But given the context of low unemployment and inflation close to target, this policy stance remains accommodative and should keep Canadian short-term rates low.

In the euro zone, uncertainty related to slowing trade and Brexit is weighing on economic prospects, which the European Central Bank is countering with its aggressive easing that should eventually reduce downside risks to growth. This combination supports a yield curve steepening in the region as well.

Investors should prepare for the growth turnaround and the yield curve steepening by favouring short duration and reducing exposure to longer-term bonds. 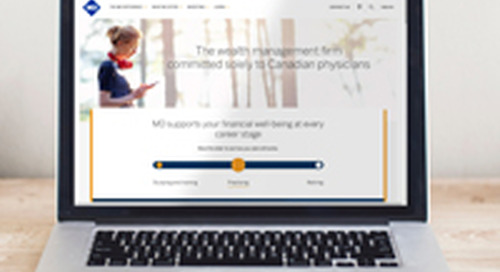 Welcome to the new md.ca 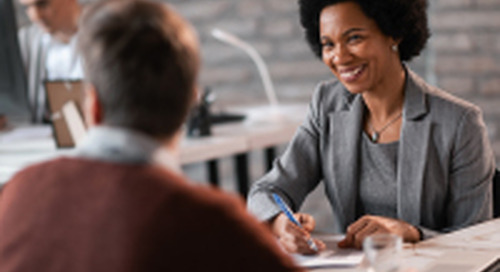 Sub-advisor Spotlight: From sustainable investing to family life, an analyst who stays true to the fundamentals

Part of our series to spotlight a few of the faces behind MD's funds, pools and portfolios: The long-term t...