Inflation describes the rise in general price levels, or the loss in purchasing power of your money over time. Generally, a moderate, stable level of inflation is a sign of a healthy economy — it’s believed to encourage economic growth. Analysts typically look at the price of a "basket" of different goods and services the average consumer might purchase, for example, the Consumer Price Index. 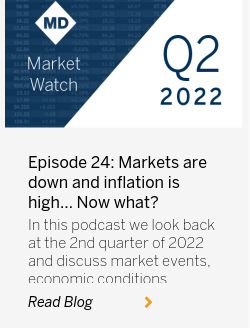 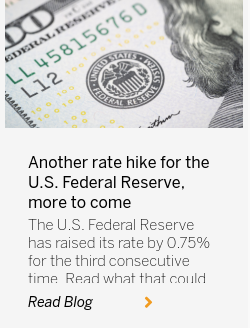 [Michael 00:00] So the topic we're covering today, Alex, is inflation.

[Michael 00:04] Timely topic! To start, what is inflation? And why does it matter?

[Alex 00:12] Yes. So inflation is generally the rise in overall price levels. And it's often expressed as a percentage over a period of time. Another way to think about it, is the loss of the purchasing power of your money. We all noticed that dollar today buys much less than say 10 years ago. That's inflation. To provide a useful measure of inflation, analysts look at the price of a basket of different goods and services. The most commonly used one is the Consumer Price Index, or CPI. It's one of those baskets representing, overall, the cost of living. So changes in the CPI represent real changes in the cost of living. As an example, if CPI rose by 3%, year over year, what we're saying there is prices are higher by 3% now than they were one year ago. So Mike, the loss of purchasing power of my money. This sounds like a terrible thing, is it?

[Michael 00:59] Well, I mean, inflation has a bad rap sheet. I think when people think about inflation, they're thinking about hyperinflation, when prices increase rapidly and everything gets out of control. Where money loses its value literally the moment you receive it. To be fair, though, hyperinflation has happened in history. Post-World War Two Hungary, Yugoslavia in the ‘90s, Zimbabwe in the 2000s. And more recently, Venezuela in the 2010s. However, inflation is not necessarily a bad thing. Generally, a moderate, stable, controlled level of inflation is seen as a sign of a healthy economy. This is why the Bank of Canada and the U.S. Federal Reserve, central banks for Canada and the United States, both target 2% inflation over the long term. At this level, it's believed to encourage spending, investment and ultimately economic growth. So having said that, what causes inflation?

[Alex 01:55] Yeah, that's a great question. I guess the answer is pretty much everything. Prices are really driven by the demand and supply relationship. So pretty much any news — geopolitical events, natural disasters, technological breakthroughs, company specific news, pandemics — that cause a shift in demand or supply will impact prices. You know, a great example is pandemic-related restrictions and shutdowns have had a real impact on supply. It's been more difficult and more expensive to make things. Maintaining a healthy workforce has become more difficult. Sourcing materials has become more difficult. Production has been more difficult, and shipping and transport has been more difficult. This bottlenecked supply, and this has caused prices to go up. So that's a good example of the supply side.

[Michael 02:34] So increased demand can also cause prices to go up of course. Think of any consumer shopping craze. The hot holiday toy, graphics processing units during the crypto mining boom, building supplies and used cars during the pandemic. Times when demand has far exceeded supply. All else being equal, when demand increases so do the prices. Similarly when supply goes down, all else being equal, prices go up. So we talked about 2% long-term inflation being a sign of a healthy economy. How do you keep it there?

[Alex 03:05] Central banks have a few levers that they can use to influence inflation and prices in general. First is to use mandated price controls. Setting a price for certain goods was used quite liberally in the U.S. in the 70s. But due to the increasingly intertwined nature of the global economy, this has become really difficult to do and this tool has fallen out of favour by economists and most see it as pretty much ineffective.